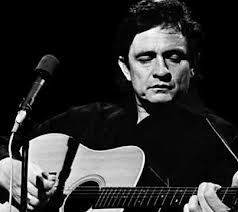 About five years ago for a bargain of €15, my mate and I brought the American Recordings CD by Johnny Cash in the big HMV music store in Cork. We envied not only those who worked behind the counter with a “connection to music job”, but the big fat cat executives who made serious bucks from CD sales. We were also knee deep in a FETAC music course and were only partially aware of the downloading threat, that was looming for the said fat cats.
Why didn’t such a huge player, with all their market position in the music biz, move more quickly to avoid collapse? Five years ago it was still hip to have bragging rights with those CD racks bursting with one’s musical taste and sophistication; every Celtic-tiger living room had them.

Musicians can learn a valuable lesson here because, and this is a longish because. Because we got to change and change faster than we have done before. Because with the speed of the avant garde technologies those of us doing well, must come to the stark realisation that even doing well today is fleeting and temporary. It is

impossible to hold tera firma for longer, so change and reinvention is vital for survival.

Conclusion: I did play that CD for zillions of times, loved Rick Rubins minimalist take on Cash’s raw sound. I was the oldest bloke on that music course, and resisted any change. Five years later that same music college has churned out roughly 150 musicians, with huge comparisons to when I graduated. We can work instantly now, lots of info out there for free!! Join soundcloud, or reverbnation and while your at it take at look at, Cork’s Andy Dunne one of the best graduates who left that course.

Be well my friends

Frankie of the Freight Train Preachers

Blues in Cork and throughout Ireland & the UK